The %ActionResult% token returns text indicating the success or failure of the immediate past action.

If the immediately past action was successful, then “OK” is returned, otherwise, a message describing the reason for failure is returned.

Note that this value is reset at the end of every action, so immediately after the Action, you must save the %ActionResult% token into a variable, or use it in a control flow action, like a If/Then Action.

You can use this token for error handling, much like a traditional try/catch/on error construct. But you have to build your own test immediately after the action. Keyboard Maestro will not throw an error in most cases. 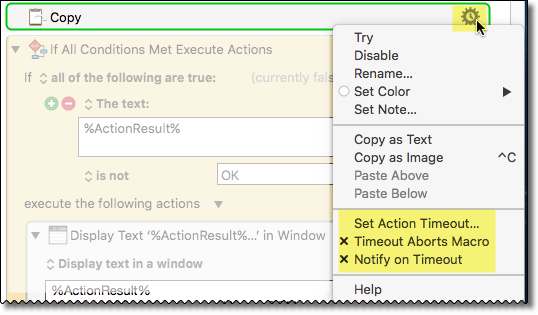 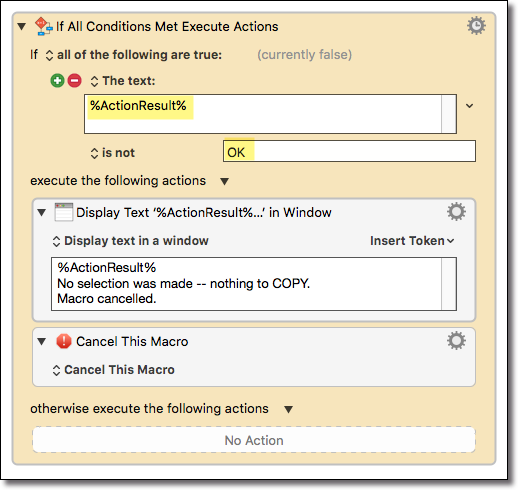