The Set Variable to Calculation action sets a variable to the result of a calculation with numeric formatting. 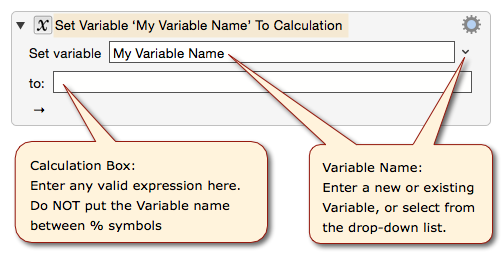 You may use the following in the to calculation box:

The to field is a numeric field so you cannot use any of the Clipboard tokens or indeed any text tokens, except within a CALCULATE function.

The to field is a numeric field, so you use variable names unadorned:

You can use the Edit ➤ Insert Function menu to insert functions.

As can be seen by the blue shade of the action gear menu there is an additional option for the action, specifically you can Format the Result using Unicode Number Format Patterns such as #,##0.##.

At the bottom of the action you can see the current value of the calculation.

If the calculation would currently fail because an input variable does not currently have a numeric value, that variable will show up in ORANGE. 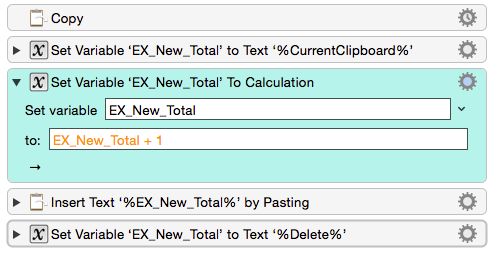 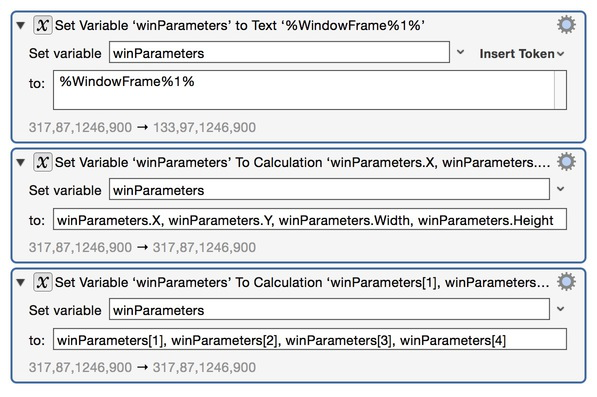