For Each Substrings In RegEx Match

The Substrings In collection contains the matches in the specified source.

The result, stored in the For Each action variable, can be either:

For the range option, the variable contains the position and length with a comma between them, so you can use the normal variable array indexing to access the two numbers, eg if the For Each variable is theRange, then theRange[1] would be the position, and theRange[2] would be the length of the match.

Here's a practical example which superscripts all the numbers in the clipboard. 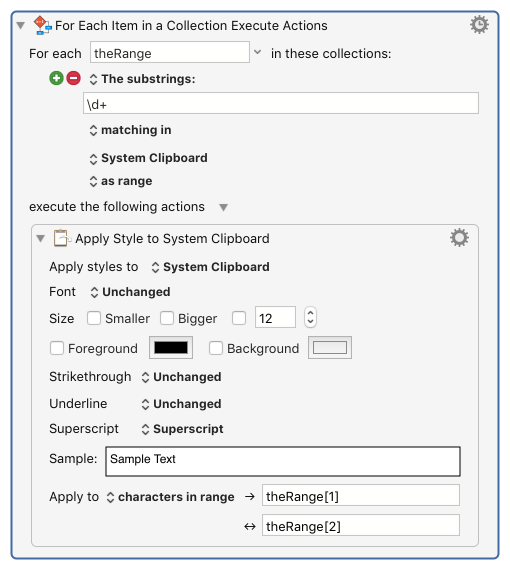