The Set Clipboard to Image action allows you to set a selected variable to plain text, by either typing in the text box, or selecting a Token. 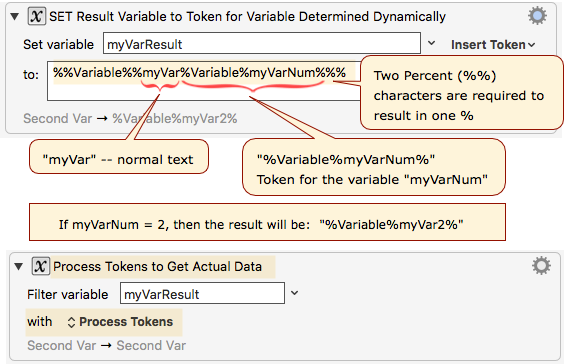